Film We Created with Hopes of Spreading Virally on YouTube

a 4 minute film explaining what Jesus thinks of you - life, death and love of a savior.

Posted by Howard and Laura at 11:45 PM No comments:

FallingPlates.com - a short film about life, death, and love 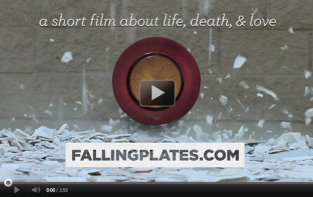 What a privilege to get to partner with you in using social media to reach and influence the world for Christ.

At some point today, will you take 15 minutes to share the video via your social media sites.

Some examples of what you can say in any social network, comment, message

ADD this exact line of text at the end of every comment you use (link and hashtag): http://bit.ly/FallingPlatesVideo #FallingPlates

Most of your sharing can be done from YouTube 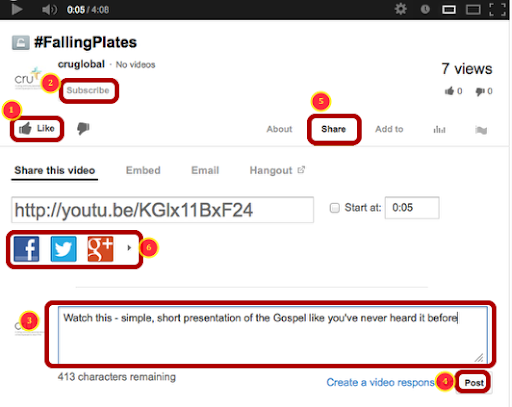 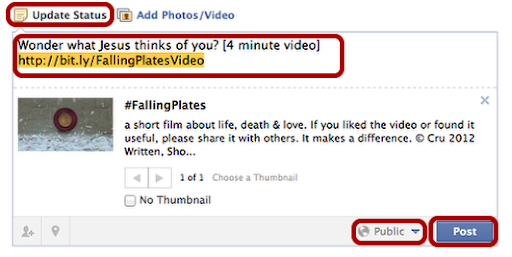 Facebook
Example: Wonder what Jesus thinks of you? http://bit.ly/FallingPlatesVideo
Go to the groups you are part of and paste your status update and link there, too. 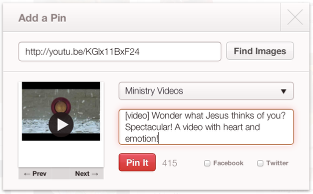 Posted by Howard and Laura at 11:24 PM No comments:

How Can We Increase Evangelism Effectiveness?

A few years ago, I led a national discussion in an effort to increase effectiveness in evangelism. These are the questions I asked:

How would you answer these questions?

Post your thoughts in the comments section...
Posted by Howard and Laura at 11:29 AM No comments:

Together We Are Making A Difference :: Cru

Thank you for giving to our ministry at Cru.

Posted by Howard and Laura at 1:54 PM No comments: 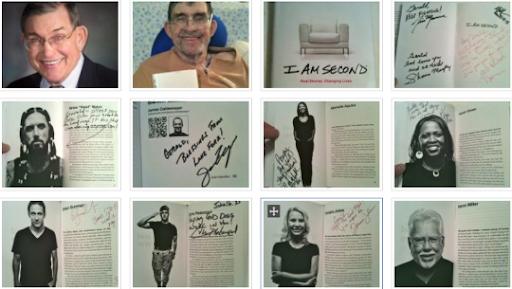 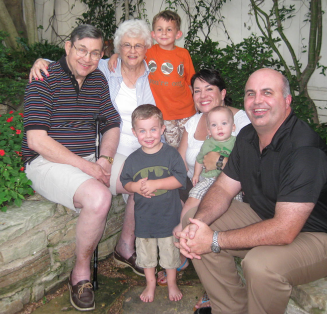 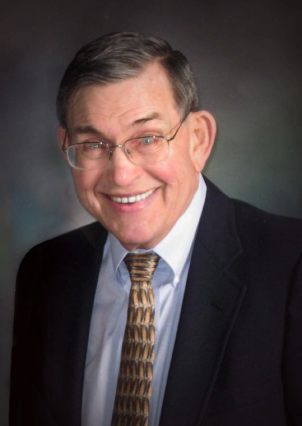